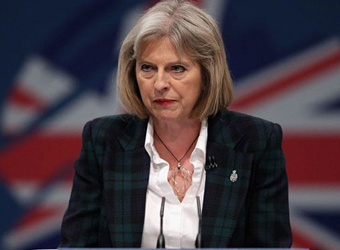 The complex political system in the European Union (EU) could give the upper hand to U.K.’s Prime Minister Theresa May as both sides prepare for BREXIT talks next year.

The EU’s negotiating team has become much bigger. Apart from the EU’s chief negotiator Michel Barnier, there will be: a representative of the EU’s rotating presidency (one member state every six months), representatives of the president of the European Council, European Commission and European Parliament.

“The Commission must be the leader in the negotiations process but we have also discussed the role of the European Parliament,” Donald Tusk, president of the European Council and chair of the EU summits, told journalists on Thursday night.

Ensuring that the three main European bodies – the Commission, the European Council and the Parliament – feel integrated in the Brexit talks decreases the likelihood of the exit deal being blocked by any of the institutions. A spokesperson for the European Commission explained that each representative will help out in the negotiations by providing different kinds of expertise.

However, the EU’s complexity could help Theresa May.

“Obviously, Theresa May will have the advantage of the EU at 27 and the fact that there are 27 different opinions,” Wolff said, adding that at the moment the EU is united in the process but not in the aims for the negotiations.

Theresa May, who attended an EU summit on Thursday, seems increasingly more sidelined from her EU partners.

A video from that summit showed European leaders greeting each other while the U.K.’s prime minister stood alone.

During the summit meeting, Prime Minister Theresa May told her EU counterparts that she wants an early deal, trying to deny reports that Brexit could take up to 10 years to be finalized.

Wolff added however that Theresa May could also benefit from several elections taking place in core European countries next year.

“We don’t know who’s going to be in charge in Berlin or Paris,” he said. Both France and Germany will hold elections in the first half of next year.

Sky News reported Thursday, citing sources, that Brexit could mean a bill between 50 and 60 billion euros ($52.29 and $62.75 billion) for the British government for outstanding liabilities.