Dollar edges off five-week lows after US retail sales data 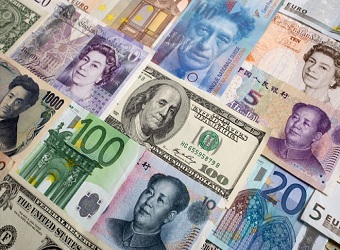 Dollar gained against yen and was little changed against euro on Friday, rebounding from five-week lows touched against both currencies in the prior session.

The Commerce Department said retail sales increased 0.6 percent in December, while November’s retail sales were revised up to show a 0.2 percent rise instead of the previously reported 0.1 percent gain.

The dollar had fallen on Wednesday and Thursday on disappointment that U.S. President-elect Donald Trump did not address pro-growth economic policies at his first news conference since his Nov. 8 election victory.

The dollar index, which measures the greenback against a basket of six major currencies, rose as much as 0.16 percent to 101.670 after touching a five-week low of 100.720 Thursday.

The index later turned mostly flat and was last at 101.14, but was still set to finish the week down 0.8 percent to mark its worst week since early November.

“We still have strong fundamental data out of the U.S.,” said Jason Leinwand, founder and chief executive of FirstLine FX in Randolph, New Jersey.

Analysts said traders likely saw Friday’s data as an opportunity to buy the dollar after its dip over the past two sessions.

“The market has gotten over (Trump’s) news conference,” Leinwand said. “So, the pullback really became an opportunity to wait for the next set of data and reposition themselves.”

The retail sales data also suggested the Fed would follow through with its forecast in December for three projected rate hikes this year, analysts said.

The U.S. central bank’s rate hikes are expected to boost the dollar by driving investment flows into the United States.

Gold slips as dollar rises after strong US data