ECB may end bond buying in 2018 if economy stays strong 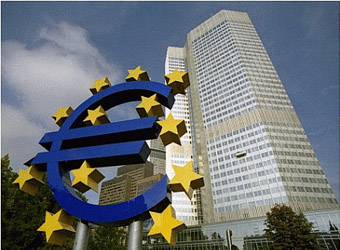 The ECB has said it will buy bonds at least until September and it is widely expected to wind down the 2.55 trillion-euro scheme, the centerpiece of its efforts to revive inflation in the euro zone, after that.

Nowotny’s comments, echoing those of board member Benoit Coeure at the weekend, are likely to help cement those expectations.

“If the economy continues to do so well, we could let the program run out in 2018,” Nowotny told Sueddeutsche Zeitung in an interview carried out before Christmas and due to be published on Wednesday.

The ECB’s stimulus has helped pull the euro zone back from the brink of deflation, with price growth now comfortably above 1 percent.

Even if the inflation rate is still expected to miss the ECB’s target of close to but below 2 percent for years to come, Nowotny said policymakers should be flexible about it.

“It’s not easy to explain why 1.5 percent isn’t enough and 1.9 percent would be better,” he said. “That’s why I think we should not see that too dogmatically.”