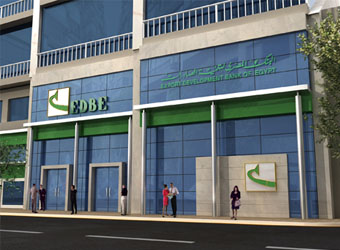 Export Development Bank of Egypt (EDBE) said on Tuesday it is targeting  EGP 7.7 billion loan portfolio and customers facilitations by the end of the fiscal year of 2013-2014, with an increase of EGP 826 million and growth rates of 11.88% higher than the estimated for the end of the current fiscal year of EGP 6.9 billion.

Additionally, EDBE is planning to raise the volume of its investments in the treasury bills and other governmental debt instruments to EGP 1.06 billion with a growth rate of 37.6% and to eventually record EGP 3.9 billion by the end of June 2014, compared to EGP 2.8 billion by the end of the current FY.

The lender said the loan-to-deposit ratio is likely to decline 58.41% by the end of the next FY, compared to 62.01% expected for the end of this June.

EFG-Hermes Non-Executive Board Member Steps Down