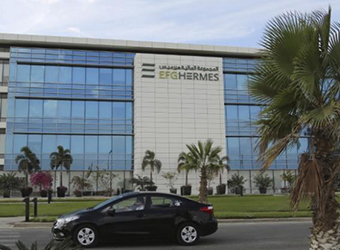 The increase in revenues is “underpinned by a significant improvement in revenues generated from our traditional agency business, our non-bank finance institution (NBFI), which presently includes EFG Hermes Leasing and Tanmeyah Microfinance in Egypt and from treasury operations.”, EFG Hermes said in a statement.

“We are pleased to report a strong start to the year on the back of a continued recovery in regional markets during the first two months of this year,” said EFG chief executive Karim Awad.

“Our revenue growth reflects both the robust health of our traditional agency business and a growing contribution from our non-bank financial institution.”

“During the second quarter of 2017, we will continue to lay the foundation for profitable revenue growth as we begin integrating our newly acquired Pakistan operation into our platform and press ahead with the rollout of our frontier markets, more NBFI products and merchant banking strategies.”