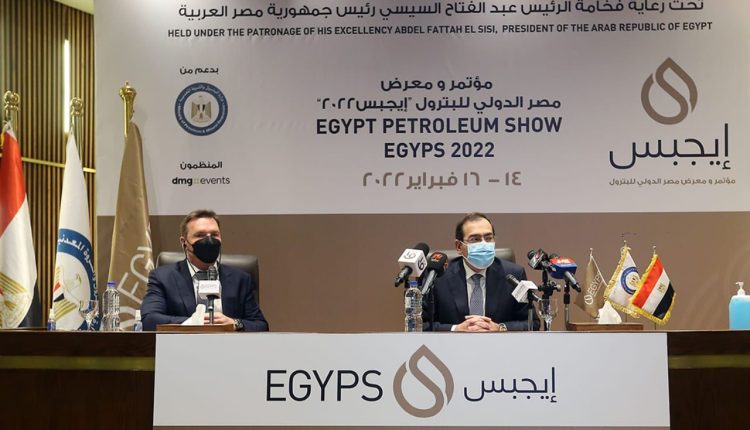 The 5th annual edition of the Egypt Petroleum Show (EGYPS) held under the patronage of Egyptian President Abdel Fattah al-Sisi and with the support of the Egyptian Ministry of Petroleum and Mineral Resources is taking place in Cairo from 14 – 16 February.

The EGYPS strategic conference begins a year of strategic energy dialogue that shapes the shift towards a more sustainable oil, gas and energy industry.

Christopher Hudson, President, dmg events, the organiser of the EGYPS 2022, said: “This year’s edition comes at a critical time in the industry’s ongoing recovery, amid the continued reshaping of markets and renewed plans for energy transition.”

“We are currently finalising preparations to host EGYPS 2022 Exhibition, featuring a wide range of exhibitors who are seeking a establish a footprint in Egypt, North Africa, and the Mediterranean region, by penetrating the dynamic and growing energy hub centred in Cairo,” Hudson added.

EGYPS will unite the international oil, gas and energy community over three days. The exhibition will span across 28 sqm of floor space with more than 400 exhibitors, including 40 National and International Oil, Energy and Service Companies and recent international country pavilions confirmed, including China, Cyprus, Germany, Greece, Italy, Russia, UAE.

Featuring 10 global Energy Ministers, 19 CEOs and 8 Secretary Generals, there is going to be some lively debate and conversation on ensuring the industry continues to deliver upon the energy needs of today, as major companies simultaneously change their business models to play their part in the transition to a net-carbon free energy system stated Hudson.

In addition to the strategic conference, a number of conferences will be hosted during the show, including the Technical Conference, Finance & Investment Summit, HSE in Energy, and Equality in Energy Conference.  EGYPS 2022 conferences bring together more than 260 speakers, energy experts, ministers, CEOs, and decision-makers.

On a final note, Mr. Hudson thanked the Ministry of Petroleum and Mineral Resources on behalf of dmg events for its support, efforts, tireless leadership over the last five years that befits Egypt’s standing both regional and international levels.

Egypt’s India wheat deal agreed but not signed yet –…