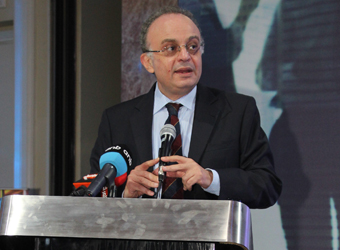 Egypt captures around five percent of the Arab bourses’ total market capitalisation, head of the Egyptian market regulator EFSA, Sherif Samy said in a conference in Tunisia on Sunday.

Samy further said that Arab bourses’ total market capitalisation had grown by 3.7 percent to record $1.1 trillion by the end of 2016, despite ongoing political and economic challenges facing the Arab world.

“The challenges haunting the Arab capital markets are almost the same as most of the countries in the region are affected by the current political situation and combating terrorism in addition to global economic challenges following the fall in oil prices,” the Egyptian official added on the sidelines of the Union of Arab Securities Authorities (UASA) annual meeting.