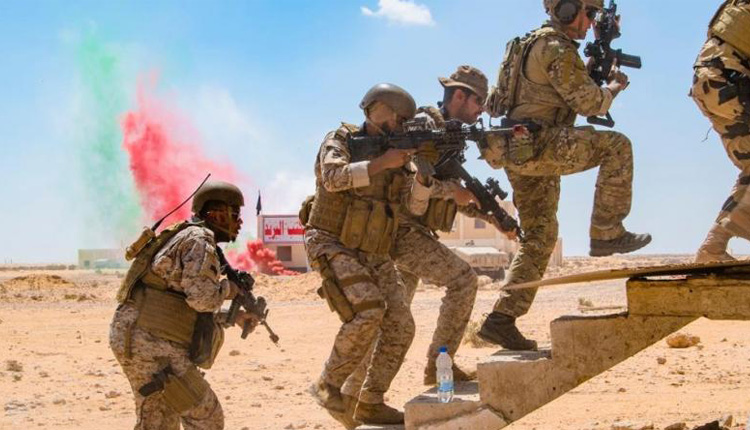 Egypt and the US armed forces have concluded the joint military exercises “Bright Star 2018,” which were held in Mohamed Naguib military base in northwestern Egypt from 8 to 20 September, Egypt’s military spokesperson Tamer El-Refai said in a statement on Friday.

Bright Star 2018 included ground, naval and air exercises, with the participation of a number of Arab and other countries, in addition to 16 observer country.

The military spokesperson explained that Bright Star 2018, which is one of the largest training to take place in the region, included several theoretical and practical lectures in the field of combating terrorism, methods of countering improvised explosive devices, and non-traditional shooting with live ammunition, the spokesperson said.

During the joint activities, naval forces carried out exercises to combat unforeseen threats in the sea.

Air forces carried out joint sorties and exercises in defensive and offensive operations as well as feuling-in-air.

The “Bright Star 2018” training this year also addressed topics of security cooperation, counter-terrorism, and training on all scenarios of various threats in the context of conventional and irregular warfare.

Various training sessions were inspected by top army officers from Egypt and the US.

Egypt’s Defence Minister General Mohamed Zaki inspected training drills in an air base, which were carried out with the participation of the air forces of the brotherly and friendly countries who took part in Bright Star, the statement read.

The US chief of the Central Command (CENTCOM) Joseph VotelJoseph Votel inspected the forces participating in the training activities and praised the preparedness to host the exercises.

The exercises also included a symposium for senior leaders of the countries participating in the training to discuss the topics of international terrorism and illegal migration.

The final session of the training, which was attended by senior military officers of the participating countries, included the implementation of a tactical project using live ammunition and with various roles by FTX fighters in reconnaisance, and helicopters in attacking enemy targets.

Egyptian and Jordanian and US tanks, which are equipped with anti-tank-missile and air-defense systems, carried out drills to develop an offensive strike and destroy targets.

“The training comes as a continuation of the development and strengthening of the military relations between Egypt and many Arab and foreign countries, and within the framework ofthe keeness of the General Command of the Armed Forces to exchange experiences in order to develop the skills of commanders and officers, maintain combat efficiency and streamline operational concepts with friendly countries,” the statement read.