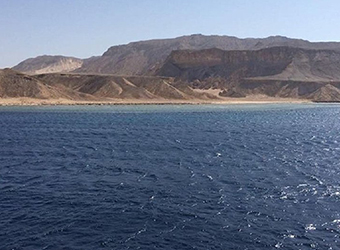 Egypt’s prosecution ordered the detention of an Italian tourist pending investigations for beating late Friday an Egyptian hotel manager to death in Marsa Alam, a Red Sea resort, a statement by the tourism ministry said.

The assault took place after the hotel manager warned the tourist, who was standing in a prohibited under construction area in the hotel with his two children, resulting in a heated argument, the ministry said.

The tourist confessed to assaulting the manager and was subsequently arrested.

Director of the general directorate of tourism and antiquities police, Mostafa Ansi, said the tourist was handed over to Marsa Alam police station, adding that forensics will conduct an autopsy Saturday to determine the cause of death.

Emad Fathi, the Egyptian tourism consultant in Italy, said that he is in contact with the Italian consul in Hurghada, Alberto Pratini, to update him on latest developments in the case.

Fathi added that he is coordinating with the Italian embassy in Cairo and the Italian consulate in Hurghada.

Israel gas may be piped to Egypt via Jordan: Bloomberg