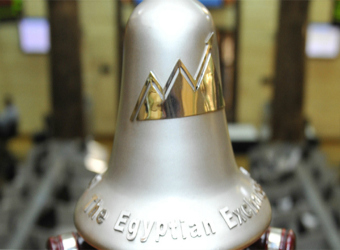 Main index, EGX 30 added 0.69 percent, to 12344.89 points, bringing its gain for the year to a spectacular 76 percent. The market took off after the central bank floated the Egyptian pound on Nov. 3, making stocks much cheaper for foreign investors and drawing capital inflows that could eventually end the country’s endemic hard currency shortage.

Foreign investors have been net buyers of Egyptian stocks every day since the float.

Also during the closing session, 185 listed securities have been traded in, 118 declined, 42 advanced; while 22 kept their previous levels.

Non-Arab foreign and Arab investors were net buyers controlling 10.51 and 9.63 percent respectively of the total markets, with a net equity of 164.018 million pounds and 110.570 million pounds, respectively, excluding the deals.

On the contrary, local investors remained net sellers capturing 79.86 percent of the total market, with a net equity of 274.588 million pounds, excluding the deals.