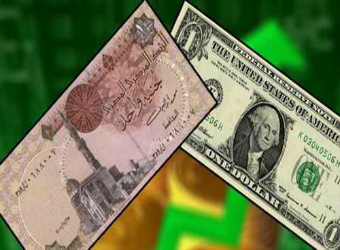 Eguypt’s economy continues to suffer from the harsh consequences of the government’s reform programme.

The liberalisation of the Egyptian pound has taken its toll on the prices of goods and a subdued demand as a result of skyrocketing inflation levels.

Yet Egypt’s eagerness to comply with the International Monetary Fund’s (IMF) three-year scheme has prompted a hasty return of many foreign investors to the country, according to Focus Economics’ February “Consensus Forecast Middle East & North Africa” report.

Moreover, as a result of the restored trust in the currency, inflows worth billions of US dollars have made their way to local banks, which in turn has bolstered the Central Bank’s international reserves- leading them to reach $26.363 billion in January- marking the highest level witnessed since August 2011.

The report said that, despite the fact that the Emirates NDB Egypt Purchasing Managers’ Index (PMI) for the non-oil sector has slightly risen to 43.3 in January from 42.8 in December.

The PMI index still lies below the 50 threshold that marks the difference between contraction and expansion of the non-oil private sector.

One of the main factors leading to the decline is the soaring price of raw materials, which prompted firms to increase their average selling prices at the highest rate recorded so far.

Consequently, clients’ demand for non crucial goods has deteriorated, leading to the reduction of both output and input orders, forcing many companies to reduce their staff once again.

Additionally, there has been a decrease in new non domestic orders as a result of rising security concerns in the region. Focus Economics panelists forecast a GDP growth of 3.4 percent for the fiscal year (FY) 2016/17, which is 1.8 prcent lower than the government’s target of 5.4 percent GDP growth.

In regards to Egypt’s monetary sector, inflation reached a record high of 23.3 percent in December, the highest reading since August 2008, due to the build up in inflationary pressure as a result of the government’s decision to float the currency and to reduce fuel subsidies in November.

Meanwhile, the annual average inflation has reached 13.8 percent in December, which is the highest level in seven years. Focus Economics forecasts an average inflation of 20.1percent, and 13.6 percent for the calendar years of 2017 and 2018 respectively.