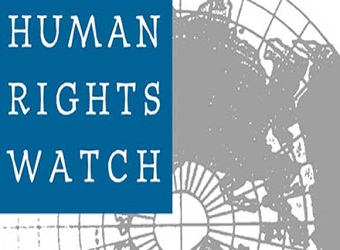 Egyptian authorities detained dozens of students from China’s minority Muslim Uighur community living in Egypt this week, raising concerns that they will be returned to China and arrested, other Uighur students and Human Rights Watch said.

The arrests began July 2 and since then mostly male Uighur students have been detained during raids on shops, restaurants and student accommodation in Cairo, according to Uighur students and New York-based Human Rights Watch.

Uighurs were also detained in Cairo and Alexandria airports as they tried to flee the country after the arrest began, students told Reuters.

Uighurs speak a Turkic language and live in China’s far western region of Xinjiang. Hundreds have died in Xinjiang in the past few years, mostly in unrest between the around 10 million Uighur people, who call the region home, and the ethnic majority Han Chinese.

The government has blamed much of the unrest on separatist Islamist militants, though rights groups and exiles say that anger over tightening Chinese controls on the religion and culture of Muslim Uighurs is more to blame.

“In the past few months, the Chinese government had ordered Uighur students studying abroad, including those in Egypt, to return home. There are reports that Chinese authorities have detained family members of these students to force them to come back,” Human Rights Watch Asia researcher Maya Wang told Reuters.

Human Rights Watch said it was unclear what caused the mass detentions by Egyptian authorities this week.

“The basis of this treatment, and their whereabouts and well-being, are unclear, but we suspect that many of them face imminent deportations,” she said.

Egypt itself has been fighting a growing Islamist insurgency, mainly in its Sinai region.

Abdallah, a student who asked not to use his real name out of fear for his family in China, fled to Turkey by plane on Wednesday along with about 20 other people including women and children once they heard about the arrests.

He said others were not so lucky. “The Egyptian police detained about 30 people, all young guys, in the airport (on Thursday) and announced they would send them back to China,” he told Reuters via instant messaging platform Whatsapp.

Videos shared on social media by students and activists showed men, said to be Uighur students, handcuffed together in the back of a moving lorry. Other videos claimed to show people crouching and standing in groups after having been detained. Reuters could not independently verify the videos’ content.

“The Chinese came to the police station and they are now preparing to send them to China. They will return them to China where they will be accused of terrorism and they will either be imprisoned or executed,” said Fakhr al-Dina Razi, a Uighur student at Cairo’s al-Azhar university.

Razi remains in Cairo and said via Whatsapp the community in Egypt is afraid because they know the fate awaiting them in China.

Abdallah came to Egypt in 2011 to study Arabic and Islamic Studies at Cairo’s historic al-Azhar university because such religious studies are not permitted in China. His story is typical of the students rounded up this week.

He said he had all the necessary permissions from Egypt and China to live and study in Cairo, but last year China began a crackdown on Uighur students abroad, and on their families still in China.

Abdallah said he has not spoken to his family in China for about a year because of this. He said Chinese authorities began to arrest people sending money to overseas students.

“Some of us were asked, under pressure, to go back to China, by force applied to their families…Some of my fellow students returned, some remained in Egypt and some fled in fear to surrounding countries like Turkey,” Abdallah said.

He said some of those that returned to China were arrested and sentenced to prison, mainly as a result of their Islamic studies.

This week’s crackdown by Egyptian authorities came as a surprise to him. Those that did not flee Egypt had left their homes to avoid the police, he said.

Another al-Azhar student who managed to flee abroad, but who was scared to give a name, said he wanted to continue his studies, but feared it was impossible to return to Egypt now.

Chinese Foreign Ministry spokesman Geng Shuang, when asked whether it was true Egypt had detained Uighur students, told a daily news briefing on Thursday: “According to what I know at present, the Chinese Embassy in Egypt has already sent consular officials to carry out a consular visit.” He did not elaborate.

Hundreds, possibly thousands, of Uighurs keen to escape unrest in Xinjiang have travelled clandestinely via Southeast Asia to Turkey, home to a large Uighur diaspora.

In 2015, Thailand sent back to China about 100 Uighurs, a move that sparked anger in Turkey, and fed fears among rights groups and the United States about potential mistreatment. China later said some of that group were suspected of “terror” offences.

“China’s record of torture, disappearance, and arbitrary detention of Uighurs, as well as the politicised nature of judicial proceedings in past cases of forced repatriation, raise serious concerns that if deported, these individuals will be at risk of torture and ill-treatment,” Human Rights Watch’s Wang said.