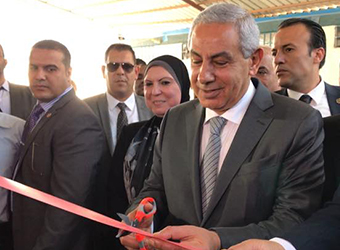 The first factory for manufacturing compressed wood is the first of its kind in the Middle East and Africa, with investments worth 100 million pounds and potentials to provide 180 direct jobs, Minister Qabil told reporters.

It aims to make the best use of agricultural waste by opening two other plants; one for MDF wood production and another for décor panels in the coming period, he said.

For the fifth project, it is a new production line for manufacturing desert coolers, with a 90 percent local component, the Egyptian minister stated.

Sisi ‘may use legal powers’ in Aya Hegazi case after verdict