Egypt Inks the Global Code of Ethics for Tourism 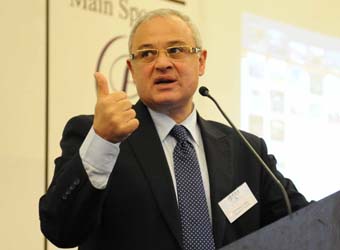 Representatives of the Egyptian tourism sector on Friday signed the Global Code of Ethics for Tourism (GCET), a document promoting responsible conduct in tourism operations that has been signed by over 45 countries.

In the attendance of Taleb Rifai, the general-secretary of the UN’s World Tourism Organisation, and Hisham Zaazou, the Egyptian tourism minister, Elhamy El-Zayat, the head of Egyptian Tourism Federation, signed the agreement in Luxor.

The GCET was adopted in 1999 by the General Assembly of the World Tourism Organisation. It comprises ten principles which seek to maximize the sector’s benefits while minimising its potentially negative impact on the environment, cultural heritage and societies across the globe.

Egypt welcomed around 8.7 million tourists in the first eleven months of 2013, compared with 10.5 million in the same period of 2012.

In October of last year, Zaazou said that Egypt aims to attract 13.5 million visitors next year, to bring in around $11 billion.

The tourism industry, once worth more than a tenth of Egypt’s economic output, had been improving since the 2011 revolution, but has since suffered a blow after this summer’s political upheaval, which saw Islamist president Mohamed Morsi ousted after mass protests against his rule.

Tunisia Will Not Follow Egypt in Listing Brotherhood as Terrorist Group: Official