Egypt is 6th Worldwide In Receiving Remittances In 2012; World Bank 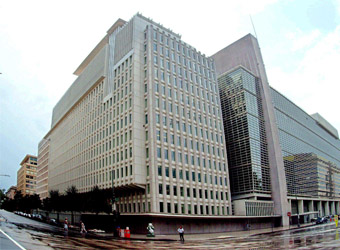 Egypt is placed 6th in the list of top recipients of officially recorded remittances for 2012, according to the latest issue of the Bank’s Migration and Development Brief, released on November 20th.

The top recipients of officially recorded remittances for 2012 are India ($70 billion), China ($66 billion), the Philippines and Mexico ($24 billion each), and Nigeria ($21 billion). Other large recipients include Egypt, Pakistan, Bangladesh, Vietnam, and Lebanon.

Remittance flows to the developing world are expected to exceed earlier estimates and total $406 billion this year, an increase of 6.5 percent over the previous year, according to a new World Bank brief on global migration and remittances.

Worldwide remittances, including those to high-income countries, are expected to total $534 billion in 2012, and projected to grow to $685 billion in 2015, the World Bank report said

However, despite the growth in remittance flows overall to developing countries, the continuing global economic crisis is dampening remittance flows to some regions, with Europe and Central Asia and Sub-Saharan Africa especially affected, while South Asia and the Middle East and North Africa (MENA) are expected to fare much better than previously estimated.

“Although migrant workers are, to a large extent, adversely affected by the slow growth in the global economy, remittance volumes have remained remarkably resilient, providing a vital lifeline to not only poor families but a steady and reliable source of foreign currency in many poor remittances recipient countries,” said Hans Timmer, Director of the Bank’s Development Prospects Group.

Regions and countries with large numbers of migrants in oil exporting countries continue to see robust growth in inward remittance flows, compared with those whose migrant workers are largely concentrated in the advanced economies, especially Western Europe.

Remittances to Latin America and the Caribbean are supported by a recovering economy and an improving labor market in the United States but moderated by a weak European economy. The region will, thus, see a modest growth of 2.9 percent in 2012, totaling an estimated $64 billion.

In contrast, remittances are expected to remain flat to Europe and Central Asia and Sub-Saharan Africa regions, mainly because of the economic contractions in high-income European countries. Remittance flows to Europe and Central Asia are estimated at a virtually unchanged $41 billion and $31 billion to Sub-Saharan Africa this year, although both regions are projected to make a robust recovery in remittance flows in 2013.

“Migrant workers are displaying tremendous resilience in the face of the continuing economic crisis in advanced countries,” said Dilip Ratha, Manager of the Bank’s Migration and Remittances Unit and lead author of the Migration and Development Brief. “Their agility in finding alternate employment and cutting down on personal expenses has prevented large scale return to their home countries.”

Going forward, the Bank expects continued growth in remittance flows to all regions of the world, although persistent unemployment in Europe and hardening attitudes towards migrant workers in some places present serious downside risks.

Another obstacle to growth of remittance flows is the high cost of sending money, which averaged 7.5 percent in the third quarter of 2012 for the top 20 bilateral remittance corridors and 9 percent for all countries for which cost data are available. The average remittance cost for Sub-Saharan Africa was 12.4 percent, the highest amongst all developing regions.

The Brief also discusses the implementation of the new remittance regulations in the United States and Europe and concludes that these regulations are likely to lower remittance costs in the long run by increasing competition and improving consumer protection.

“The global community has made progress in three out of four areas of the global remittances agenda – data, remittance costs, and leveraging remittances for capital market access for countries. Progress, however, has been slow in the area of linking remittances to financial access for the poor. There is great potential for developing remittance-linked micro-saving and micro-insurance schemes and for small and medium enterprise (SME) financing,” said Ratha.