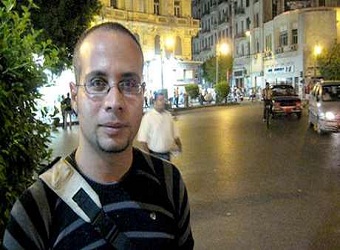 Maher’s arrest was ordered after April 6 took part in demonstrations outside parliament on Tuesday in defiance of a new protest law.

He was charged with rioting, assaulting police officers, blocking roads and violating the protest law.

Maher turned himself in to prosecutors on Saturday.

April 6 is renowned for its role during the popular revolt that ousted autocrat Hosni Mubarak in 2011.

The Egyptian protest law, which bans demonstrations without prior police approval, was passed a week ago by the interim government and has provoked an outcry among rights groups.