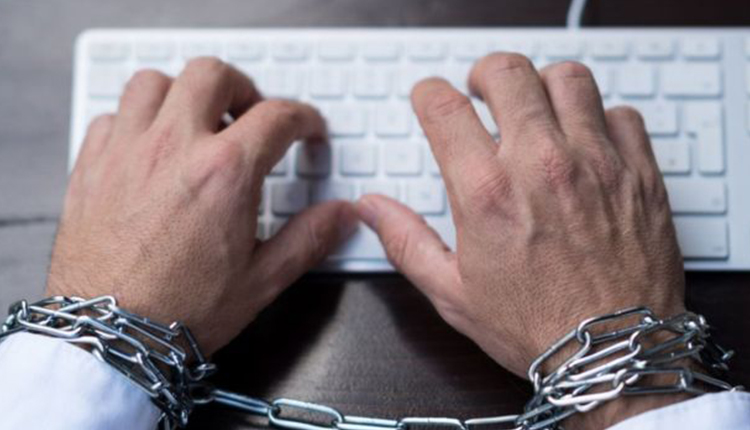 Egypt’s security forces raided the office of independent news website – Mada Masr – on Sunday and briefly detained three of its staff including its top editor, a day after another journalist was detained, the outlet said on Sunday.

“Today at 1:30 pm nine plainclothes security forces entered the Mada Masr office by force,” the outlet said on Twitter. “They immediately began confiscating everybody’s laptops and phones. When asked who they were, they aggressively refused to answer.”

After three hours, three staff members including editor-in-chief Lina Attalah were taken away, Mada Masr said. The three were later released from a local police station, it said.

The raid came after security officers had arrested another Mada Masr journalist, editor Shady Zalat, at his apartment in the early hours of Saturday in a separate incident, confiscating his and his wife’s laptops and some documents, as well as Zalat’s phone, the news website said. It cited Zalat’s lawyer as saying late on Sunday that his client had been released.

Officials at the interior ministry could not be reached. An official at the State Information Service, which liaises with foreign media, referred Reuters to the Supreme Council of Media Regulation. The council’s head and deputy head did not respond.

On Wednesday, Mada Masr published an article in which it reported that Mahmoud al-Sisi, President Abdel Fattah al-Sisi’s eldest son and a senior intelligence official, was being reassigned to a long-term diplomatic posting in Russia. Authorities have not commented on the article, which Reuters has not independently confirmed.

Reuters could not determine if the article prompted the raid on Mada Masr.

Mada Masr is one of Egypt’s last independent news outlets publishing critical stories after years of tightening controls on media and arrests of journalists and bloggers. Its website, which carries stories in Arabic and English, is blocked in Egypt.

Rights activists say Sisi has overseen an unprecedented crackdown on freedoms in Egypt since he took power in 2014.

Sisi and his backers say the measures are needed to keep Egypt stable and to counter threats from Islamist militants.

Last month, the U.N. human rights office called on Egypt to free a prominent blogger, a lawyer and a journalist, all of whom it said were mistreated in custody. They are among several thousand people who activists say have been detained following rare protests against Sisi in Cairo and other cities in September.

Egypt’s public prosecutor has acknowledged the detention of not more than 1,000 people in connection with the protests. Officials have denied accusations by relatives, lawyers and activists that prisoners are mistreated.