Despite glowing IMF review, economists say Egypt still has work to do

Financial Institutions
By Yomna Yasser On May 15, 2017 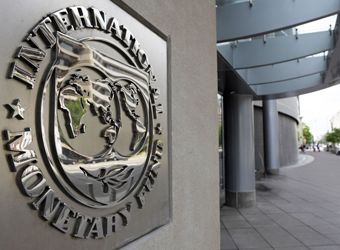 Egypt still has to make it easier to do business and try harder to attract direct investment if it is to make progress towards economic recovery after passing its first review from the International Monetary Fund (IMF), economists say.

An IMF delegation was in Cairo last week to assess reform efforts. In a largely encouraging statement on Friday, it said the programme was “off to a good start” and agreed on a second loan instalment of $1.25 billion, part of a $12 billion arrangement to support economic reforms.

Egypt floated its currency last November and hiked interest rates in an effort to attract foreign currency back into the banking system. The move attracted at least $8 billion in remittances that once found their way to the black market.

The government also introduced a value-added tax and subsidy cuts to curb the budget deficit, moves the IMF said would boost Egypt’s fiscal position. Cairo is trying to cut the deficit to 9.1 percent next year from an expected 10.9 percent this year.

“We are seeing aggressive reforms from the government to bring the deficit down and we’re seeing numbers improving beyond expectations when it comes to foreign liquidity in the banking sector,” said Hany Farahat, economist at Cairo-based CI Capital.

Egypt is struggling to revive its economy since the Arab Spring uprising of 2011 drove away tourists and foreign investors, important sources of hard currency.

Egypt’s Finance Ministry said the IMF review was “a new certificate of confidence for the strength of the Egyptian economic reform programme”.

Since the float, foreign investment in Egyptian government securities has reached $5.7 billion, against pre-float levels of $100 million.

“Egypt has succeeded in attracting large amounts of portfolio investment. The next big step is attracting direct investment, whether local or foreign, and for that to happen a regulatory environment for investment needs to be cleared,” said Reham El-Desouki, economist at Arqaam Capital.

Egypt is passing laws aimed at attracting investment but economists say it must expedite matters to reassure investors.

“The biggest risk now is execution risk and a lot of investors will be waiting to see how this will be implemented through the executive regulations. So there will be a pause in significant direct investment until a regulatory environment is clear,” El-Desouki said.

Parliament has approved a long-delayed investment law that aims to cut bureaucracy and incentivise investors but it has yet to announce the regulations that will underpin the law.

“If the executive regulations don’t come out then there is no law … This is causing us not to tap into the potential that we would be capitalising on today if the whole legislative reforms had been completed,” Farahat said.