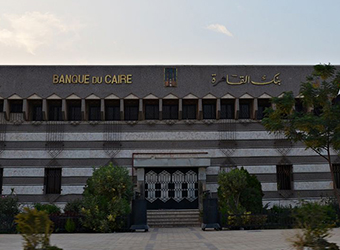 Banque Du Caire, one of Egypt’s largest and oldest public lenders, has filed a request at the Egyptian bourse to see its shares offered through an initial public offering on the bourse in the “few coming months”, investment minister Dalia Khorshid told Al-Ahram daily newspaper Saturday.

Khorshid said that the trilateral committee responsible for the public IPOs, which also includes Finance Minister Amr El-Garhy and CBE deputy governor Lobna Helal, decided to start with the banking and oil sector for offerings.

She added that the committee has already named one company out of three major petroleum companies (Enppi, AMOC and Sidpec) for the second phase of the public offerings after the public lender.

Sources told Al-Ahram newspaper that the bank’s IPO is expected next May through banks EFG-Hermes and HSBC, which were selected as consultants for the offering in October.

“The bank’s IPO, which is a first step in the public IPOs, is a positive step to refresh the market and attract investments and shows the government commitments to its economic reform programme,” Khorshid was quoted as saying.

In March 2016, the central bank governor announced that Egypt will float parts of two state-owned lenders, United Bank and Banque du Caire, on the Egyptian stock exchange this year.

Some 270 companies are listed on the Egyptian stock market and the number of active investors is between 80,000 and 100,000.