Egyptian authorities will open the Rafah border crossing with Palestine’s Gaza Strip in both directions for four days starting Wednesday for humanitarian purposes and to allow stranded Palestinians to return to the Strip, Egypt’s state news agency MENA reported.

The Rafah border crossing is the main gateway to the outside world for 1.8 million Palestinians living in Israeli-besieged Gaza, and is the only crossing point not controlled by Israel.

This will be the second time Egypt has opened the crossing in two weeks. The crossing was opened on 7 February for three days after an almost two-month closure.

Egypt has mostly kept the border closed over the past few years due to security concerns following the ouster of Islamist president Mohamed Morsi in 2013. The Egyptian government opens the crossing periodically for humanitarian purposes.

Gaza, a small, impoverished coastal enclave, has been under Israeli blockade since 2006.

Palestinian rivals Hamas and Fatah agreed to hand over control of the Rafah crossing on the Palestinian side to a unity government as part of an Egyptian-brokered reconciliation deal in October 2017. 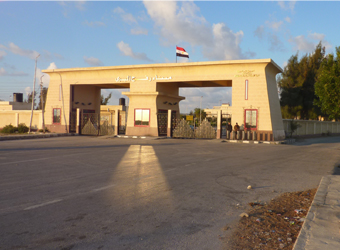