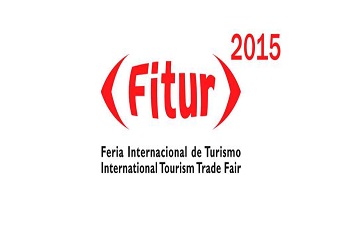 Egyptian Ministry of Tourism, represented in the Tourism Activation Authority (TAA), will take part in the International Tourism Trade Fair (FITUR). The trade fair will take place in Madrid from January 28 to February 1.

FITUR is one of the important international tourism forums in the world that Egyptian tourism sector pays a special great attention for.

The Egyptian delegation participating in FITUR will be headed by TAA chief Samy Mahmoud, who will deliver a speech about the stable situation and restoration of security in Egypt during a press conference to be held on the sidelines of the trade fair.

On the sideline of the fair, the Egyptian official will also hold several meetings with Spanish tour operators to discuss working mechanism and cooperation in the upcoming period.

In Madrid, the Trade Show will concentrate the offering of 9107 companies from 165 countries and the presence of around 200,000 visitors from around the world, of which 120,000 are professionals, generating revenue for the city of 200 million euros.

The year’s first tourism meeting confirms the increasing strength of the sector: the number of direct participants grows by 12% and the exhibition space by 4%.

The budget for organising the Trade Show exceeds 10.5 million euros, including 3 million allocated to international promotional actions and invitations to buyers.

Spain has one of the most important tourism markets in the world in which Egypt aspires to increase its world market shares within the coming years. During the fair, the Egyptian pavilion is set to present and introduce its country’s tourism market.

From his part, Hesham Zaazou – Egyptian Minister of Tourism – pointed out that his country’s participation in such important tourism events would have a great impact in promoting Egyptian touristic destinations as well as opening new horizons to revive the national tourism industry.