Egypt to produce 2.3 million tonnes of sugar this year 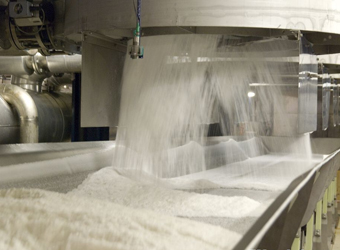 Egypt faced last year a severe sugar shortage that led to public outrage and the government seizing stocks, confiscating supplies from businesses it accused of hoarding as prices shot up.

Egypt typically consumes 3 million tonnes of sugar a year but produces just over 2 million tonnes, with the gap filled by government and private imports usually purchased between July and October.