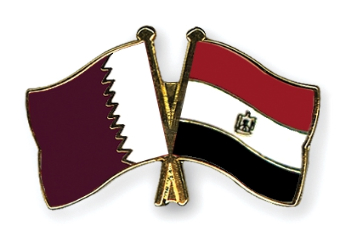 The UAE, Saudi Arabia, Egypt, and Bahrain announced in June cutting diplomatic and transport links with Qatar, accusing it of supporting terrorism and destabilisng the region. Qatar, which shares its only land border with Saudi Arabia, has rejected the accusations, calling them “unjustified” and “baseless.” Yemen and the Maldives also cut ties with Qatar.

The contacts between officials in the two depository houses have recently been severed following cutting-off relations announcement, until new developments are unveiled, the sources added.

MCDR’s tie-up process with its counterparts in the region comes upon the Africa and Middle East Central Depositories Association (AMEDA)’s decree that stipulates the need for the GCC and North African countries to be linked.

Cairo- headquartered Misr for Central Clearing, Depository and Registry was founded in 1994 and commenced operations in 1996. MCDR shares are distributed among participants of the Egyptian market: custodians own 50 percent stake, 45 percent of shares are owned by brokerage companies, and 5% stake belongs to the Egyptian Exchange (EGX). MCDR is the sole organization authorised to conduct clearing and settlement operations with all types of securities traded on the Egyptian Exchange.

Egypt to produce 2.3 million tonnes of sugar this year

Gold prices in Egypt on August 10