Egypt to start lowering tariffs on EU cars in January 2018 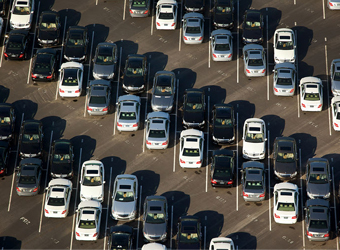 Vice-Minister of Finance for Tax Policy Amr Mounir announced that the tariffs would be lowered starting from January 2018 as part of the Egyptian-EU partnership agreement.

Mounir made the announcement while speaking at the conference of the executive committee of the World Customs Organization, which is currently being held in Luxor, marking the conference’s the first time in Egypt as well the Middle East and Africa.

The Egyptian-EU partnership agreement stipulates that Egypt is to lower tariffs on cars imported from the EU by 10 percent annually. The agreement was implemented in 2010 and, according to it, the tariffs on imported European automobiles will be cancelled by 2019.

Amr Mounir added that only the Value Added Tax “VAT” and the development tariff would be kept on on cars imported from the EU and that these taxes did not increase as some claimed.

One hundred guests from 30 foreign countries are currently participating in the conference, which was inaugurated earlier Monday by Amr El-Garhy, Egypt’s Minister of Finance, and Kunio Mikuriya, the secretary general of the World Customs Organisation.