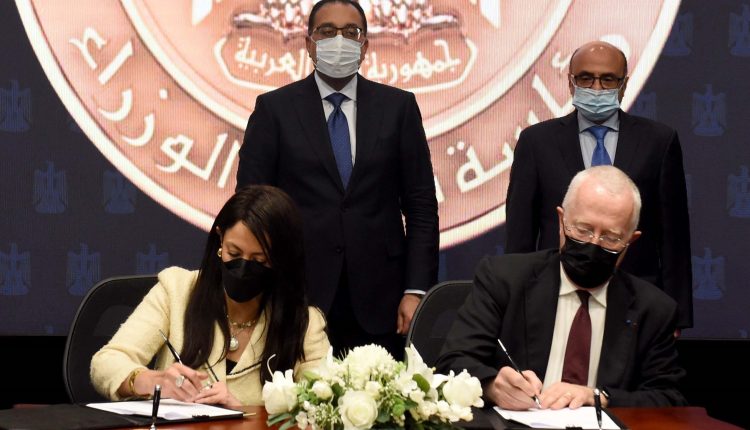 Egypt has signed on Thursday an agreement with MEDEF International French-Egyptian Business Council and Vicat Group.

Egyptian Minister of International Cooperation Rania al-Mashat has signed the agreement with Guy Sidos, chairman and chief executive of Vicat Group, in the presence of Egyptian Prime Minister Moustafa Madbouly and Minister of Justice Amr Marawan.

The agreement aims to settle some investment dispute between Egypt and Vicat.

Long-term investor in Egypt since 2003, main shareholder of Sinai Cement Company, Vicat Group has been committed since then to enhance the company’s profitability in a tough but promising market.

“We believe that better days are coming for Egypt as it awaits a promising future, and we want to be part of it.” Sidos said.

He also said “we want to put Sinai Cement in a better position within the Egyptian market, as the cement industry is and will remain a major strategic sector for the country’s economy.”