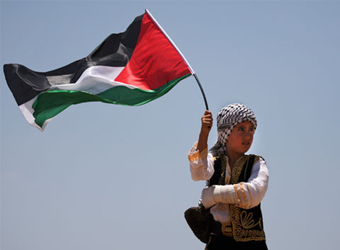 A top Egyptian security delegation arrived in the Palestinian Gaza Strip Sunday to follow up on the implementation of a stumbling political reconciliation agreement between rival Palestinian factions Hamas and Fatah.

According to media reports, the Egyptian delegation is headed by Major General Sameh Nabil from the Egyptian Intelligence, Egypt’s general consul to Ramallah Khaled Samy as well as other officials.

Earlier Saturday, Hamas spokesman Fawzi Barhoum said the Egyptian delegation will follow up on the execution of the reconciliation agreement, which was signed in Cairo in October 2017, adding that talks with Egyptian officials in Cairo early this month were positive. “Hamas will present needed facilitations and necessary measures to help the Egyptian delegation succeed in implementing the reconciliation and boosting steps of confidence-building to achieve the desired national unity, especially in light of huge challenges facing the Palestinian cause and threats to the rights of the Palestinian people,” Barhoum said in a Facebook post Saturday evening.

In a tweet Saturday, senior Hamas official Mousa Abu Marzouk said that he hopes that the Palestinian people don’t lose hope in full reconciliation and national unity and can face “conspiracies that aim to eliminate the Palestinian cause”, mentioning the so-called “Deal of the Century”.

The “Deal of the Century” — a plan under development by the US — will reportedly exclude Jerusalem from a future Palestinian state, as a solution to the Palestinian-Israeli conflict.

“What has been accomplished as understandings until now is enough for a re-launch of the (reconciliation) accord and stop the pain and agony for our people,” Abu Marzouk said.

In media statements, Fatah spokesman Atef Abu Saif said Saturday that he hopes the visit by the Egyptian delegation would end up with an understanding granting “more powers to the Palestinian government and removing hurdles facing its activities in the Strip.”

Sunday’s visit comes a few weeks after a Hamas delegation led by the head of its politburo, Ismail Haniyeh, arrived in Cairo discuss with Egyptian officials the security, reconciliation and humanitarian conditions in Gaza.

However, implementation of the agreement has since suffered setbacks, including an exchange of accusations of non-commitment to the deal brokered by Egypt.

Hamas and Fatah agreed to hand over control of the Rafah Crossing on the Palestinian side to a unity government as part of the deal.

The crossing was opened by Egyptian authorities last Wednesday for four days for humanitarian cases, and to allow stranded Palestinians to return to the Strip, the second time Egypt has opened the crossing in two weeks after an almost two-month closure.

The Rafah border crossing is the main gateway to the outside world for 1.8 million Palestinians living in Israeli-besieged Gaza, and is the only crossing point not controlled by Israel.