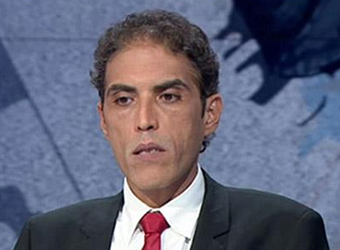 The liberal party announced last week that Dawoud, a well-known journalist and leftist activist, was elected as its new president after running uncontested, as other potential candidates did not meet the requirements necessary to run for the leadership position.

However, the party’s Council of Aldermen announced Saturday that it was annulling the result of the election, where Dawoud and other party leaders won top posts, following complaints by several party members over Dawoud’s win.

The committee announced that new elections will be held on 17 March, with the final announcement of a new chairman on 20 March.

The aldermen’s council has also decided to refer Dawoud and the newly-elected general secretariat to internal investigations over alleged violation of the party’s bylaws.

Dawoud said in media statements that the aldermen’s council, which he says has no real authority, aims to obstruct his path.

He explained that the party’s only authority, the High Board, decided to form an electoral committee after the party was left leaderless for six months, with no party chairman or an administrative structure.

“I was hopeful that the aldermen’s council would be wise enough to avoid conflicts,” Dawoud said.

Dawoud further added that the council is damaging the party’s reputation with its actions.

Former party leader Hala Shukrallah, who was celebrated as the first Copt and woman elected to head a political party in Egypt, resigned as party head in June 2015, followed by acting president Tamer Gomaa’s resignation in July this year, which left the post vacant.

Moataz Mohamed Ali, a member of the high committee and the Together We Can list said that they had no explanation for the actions of the aldermen’s council.

He said that the council was a temporary committee chosen during the party’s General Conference in 2014 for the electoral procedures, but they have no authority over the elections.

“We will not discuss anything with them anymore. We will submit our case to the High Council of Justice’s Party Affairs Committee,” Ali said.

This is not the first time that discord has plagued the party, whose disputes over the few years have led to a paralysis in its political activities.

In November, the party failed to form a quorum to discuss the election of new leadership.

At least three electoral committees have been formed and disbanded during the past two years due to administrative and procedural obstacles.

The party- which was founded in 2012 by former interim vice president Mohamed ElBaradei- boycotted the country’s 2015 parliamentary elections, citing an unfavourable atmosphere for competetive polls.