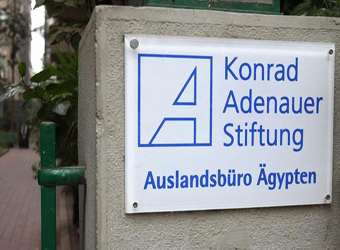 Criticism against the sentencing of two German foundation workers in Egypt is crossing party lines in Germany. Experts also see a political signal in the Egyptian judge’s decision.

It’s rare to see so much unity across Germany’s political parties and bodies: Representatives from the German government and the parliament have banded together in a decisive rejection of an Egyptian court decision, in which a judge sentenced two workers with the Konrad Adenauer Foundation to two and five years in jail.

German Chancellor Angela Merkel acknowledged the judgment “with great dismay,” a spokesperson said in Berlin on Wednesday (05.06.2013). The decision is a puts a strain on German-Egyptian relations, the statement continued. Workers at several other international non-governmental organizations (NGOs) were similarly sentenced.

German Foreign Minister Guido Westerwelle also said he was upset and very concerned about the harsh punishments the court handed down to the German foundation’s employees. In a statement he said the court weakened the rule of law in Egypt and added that his ministry would work with the Konrad Adenauer Foundation to get the sentence lifted.

Peter Gauweiler, a member of Merkel’s Christian Democratic Union who serves on the parliamentary foreign affairs committee, demanded consequences. “We must stipulate reversal of this verdict, and until this has occurred, there can be no more diplomatic relations with this country,” Gauweiler told DW.

Gauweiler described the decisions as coming from the Egyptian ruling class, and not the Egyptian people. He said Germany could cut off its aid to Egypt. “We won’t pay anymore if our people, who are there to help, are threatened with prison,” Gauweiler said.

But Günter Meyer, head of the Center for Research on the Arab World in Mainz, told DW that from a purely legal standpoint, there is nothing wrong with the judgment. The court invoked a law from Mubarak times, which required NGOs to register with authorities. The Konrad Adenauer Foundation failed to do this in part because, even under Mubarak, the law was seldom enforced.

Despite formal legal provisions, the judgment does represent a clear political signal on the part of the Egyptian leadership, Meyer said. “It’s an attempt not to let others butt in from the outside on matters of political and human rights,” he said.

“On top of that, the opposition says, it is extremely populist and accommodates the indisputable anti-American and anti-West sentiment in Egypt,” he added.

The political dimensions of the sentence also made waves outside of Germany. The United States, in particular, was concerned by the ruling. “Before the ruling came it was more or less clear that if such a procedure were used against US human rights organizations it would affect the aid the United States provides,” Meyer said.

Christian Achrainer of the Berlin-based think tank the German Council on Foreign Relations, said the ruling sent not only foreign, but also domestic policy signals. It demonstrates that not only the post-Mubarak military council and the currently elected Islamist government have little interest in societal participation.

“Civil society is often an oppositional element – so both groups want to strengthen their power by preventing society from speaking out critically,” Achrainer said.

Achrainer also added that the judgment reflects the tendency of parts of society to prevent external interference in the country’s affairs. Not only the government, but also the opposition and many NGOs reject Western influence, in part because to do otherwise would rub voters the wrong way.

This also makes it difficult for political foundations or other civil society actors to work effectively and makes it crucial for them to remain neutral. What foundations end up doing, Achrainer explained, is providing a platform for the exchange of ideas.

What must be prevented at all costs, he added, is “aligning oneself with a single political grouping.” Partisan funding should also be avoided, Achrainer said.

The last word has not been spoken, however – appeals courts have often overturned politically motivated decisions. Gauweiler said that until then, not only political, but also economic measures may be brought to bear: “No normal person would continue investing in something if there is the fear that his own people will be locked up.”