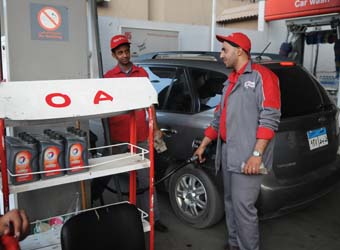 The Egyptian Cabinet has dismissed “rumours” of new price hikes for fuel and petroleum products.

The Cabinet’s Information and Decision Support Center (IDSC) said on Sunday that it had communicated with officials in the petroleum ministry who described reports of fuel prices increase as “rumours”.

Over the past weeks, several local media outlets have reported a likely spike in fuel prices.

In 2014, the government embarked on an economic reform programme to phase out energy subsidies in an attempt to curb the growing state budget deficit.

On 3 November 2016, prices rose between 35 and 50 percent for all sorts of fuel, after the central bank’s decision to float the Egyptian pound.

At end June 2017, Egypt’s Cabinet approved another cut in energy subsidies, resulting in an increase in fuel prices.

The government said in November 2017 that it was not considering an increase in fuel prices before 30 June 2018, the end of the current financial year, and is planning to stop importing gas before the end of next year.

Egypt to issue Eurobonds worth $4-5 bln in few days: FinMin