FeatureEgypt NewsNews
By Amwal Al Ghad English On May 1, 2019 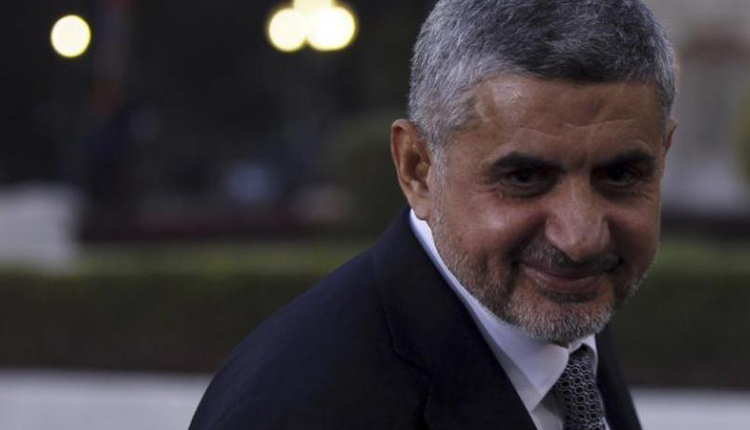 An Egyptian court handed life sentences to senior Muslim Brotherhood figure Hassan Malik as well as his son Hamza and five others on Tuesday after convicting them of terrorism offences.

The charges included leading a terrorist organization, supporting it financially and taking actions aimed at hurting the economy, based in part on a search of Malik’s home in which Muslim Brotherhood documents were found that allegedly outlined plots against the state, a judicial source told Reuters.

The source said the documents outlined plans to damage Egypt’s economy by manipulating the value of the Egyptian pound against the dollar. They also said the documents described plans to attack armed forces, police and tourists and that they incited the use of violence to overthrow the government.

Malik, a businessman, was in court for the trial, dressed in white prison garb, while his son Hamza and five other Brotherhood defendants were tried in absentia. Malik earlier denied the charges in court.

Tuesday’s ruling can be appealed within two months.

President Abdel Fattah al-Sisi’s government declared the Brotherhood a terrorist organization in 2014, a year after the military, then commanded by Sisi, toppled Mohamed Mursi, Egypt’s first freely elected president and a senior Brotherhood figure, following mass protests against his rule.

Rights activists say Sisi has overseen a relentless clampdown on dissent in Egypt since his 2014 election. The crackdown at first targeted Islamists, including Brotherhood members, but spread to encompass political dissidents, human rights lawyers, journalists and others, says Human Rights Watch.

At least 60,000 people have been jailed on political grounds, according to an HRW estimate.

Tuesday’s verdict came as U.S. President Donald Trump’s administration, a security ally of Sisi, was moving to designate the Brotherhood a foreign terrorist organization, which would bring sanctions against the veteran Islamist movement.

Sisi has denied holding political prisoners and his backers say the security measures have been necessary to stabilize Egypt after its 2011 popular uprising.

In a separate case, 34 people were sentenced to life in prison on Tuesday on charges including planning Islamist militant attacks in Giza and Alexandria.