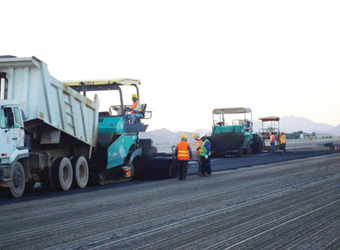 The projects are with costs estimated at more than 200 million Egyptian pounds ($11.3 million), Hussein further stated.

The company is carrying out a number of major road flagships in some different governorates, notably Port Said and Ismailia, he added.

“The 15km will be delivered by mid next year,” Hussein said.