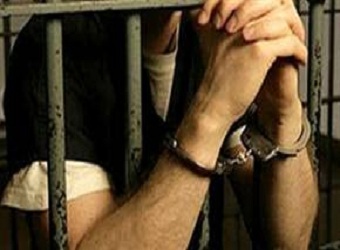 Egypt’s general prosecutor referred on Sunday defendants, including officials, implicated in a major State Council bribery case to criminal court one month after a media gag was issued in their case.

In an official statement, the general prosecution said the State Council’s procurement manager Gamal El-Laban and others were referred to court after investigations by the High State Prosecution revealed that El-Laban and others received presents in return for breaching their duties and forging documents.

The statement shed light on the incident for the first time, revealing that among those involved in the case were the owners of an office furniture company.

According to investigations, the owner of the Khouloud Office Furniture Association and his wife admitted that El-Laban and now-deceased former Secretary-General of the council Wael Shalaby requested 800,000 Egyptian pounds ($16,700) from them as a bribe, and received 732,000 pounds ($40,901) from the company through another broker.

In exchange for these, and possibly other bribes, the furniture association received a selective tender for the financial year 2016/2017 provide office furniture to the Council.

For what the prosecution’s statement describes as an additional sex bribe, one of the officials agreed to elevate the terms of the tender, granting the Khouloud Association some future service.

It remains unclear what the Khouloud Association was offered through the deal.

Investigations revealed that to disguise the illegal deal, El-Laban forged two documents showing that the Council had bought and received furniture from the company.

These included a memo forged by El-Laban said that an inspection committee received the furniture bought through the tender, as well as a document requesting the furniture be transferred to the Council’s storerooms. There was no actual purchase or transfer of furniture.

The prosecution said that El-Laban used these forged documents to issue two cheques to the Khouloud Association with an overall cost worth 3,790,000 pounds ($211,773) effectively compensating the company with Council funds for the bribes, which the accused officials pocketed.

On the death of Shalaby- who police say committed suicide after he was questioned over the case while in custody in January- the statement said his death was clearly suicide and that no traces of narcotics were found in his blood.

The case dates back to early January 2017, at which time the country’s Administrative Control Authority, which is responsible for enforcing laws and regulations within state bodies, announced that El-Laban was found to be in possession of 24 million pounds, $4 million, 2 million euros, and 1 million Saudi Riyals, in addition to gold accessories, real estate assets and cars.

Images of the seized assets, including large sums of cash, quickly went viral on official and social media in Egypt at the time of the officials’ arrests.