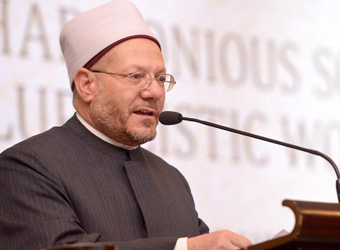 Egypt’s Grand Mufti Shawki Allam hailed on Friday a historic United Nations General Assembly (UNGA) resolution on Thursday calling for the US to drop its recent recognition of Jerusalem as Israel’s capital.

In an official statement, Allam said the “sweeping” outcome – with 128 countries voting in favour – “reaffirms the international consensus on Palestinian rights and contributes to solidifying those rights internationally and legally.”

“The all-embracing vote to reject the iniquitous American decision reflects the victory of the will of nations and free countries in fighting the Israeli arrogance and unjust pro-occupation decisions of America,” the statement read.

The Islamic leader offered his gratitude to those countries who “supported Palestinian rights and sided with justice, combating attempts to falsify facts.”

On Thursday, Al-Azhar, the highest institution of Sunni Islamic learning, said it welcomed the UNGA resolution, saying it affirmed that any decisions or procedures that aim to change the status of Jerusalem are null and lacking in legal effect.

In Thursday’s UNGA session, 128 nations voted in favour of the resolution, 9 against, with 35 abstentions. The non-binding resolution called on the US to rescind its 6 December decision to recognise Jerusalem as Israel’s capital.

The 193-nation assembly voted on a draft resolution reaffirming that the status of Jerusalem is an issue that must be resolved through negotiations and that any unilateral decision on its status must be rescinded.

On Monday, Egypt put forward a draft resolution at the UN Security Council that was vetoed by the US but backed by all 14 other Council members.

Like the Egyptian draft, the text before the UNGA did not mention Trump’s decision, but expressed “deep regret at recent decisions concerning the status of Jerusalem.”

Prior to the vote, US ambassador to UN Nikki Haley, said the US would “take note of each and every vote on this issue,” signaling potential cuts in US aid for those who voted against Trump’s move.