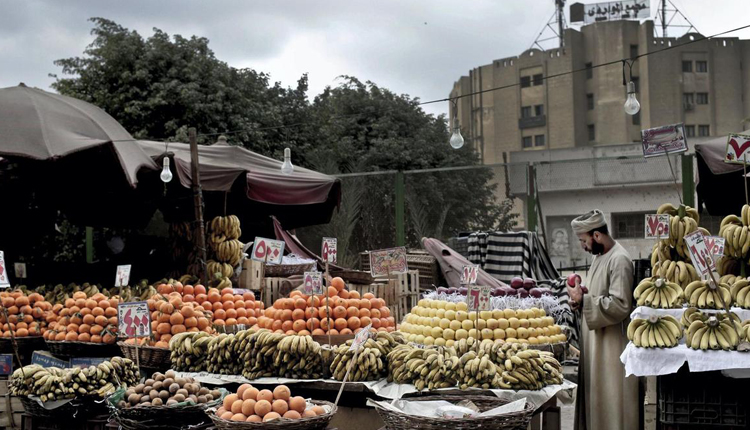 Egypt’s annual urban consumer price inflation hiked to 16 percent in September from 14.24 percent in August, the official statistics agency CAPMAS said Wednesday in a report that surprised some economists and analysts.
The rate surged by 2.5 percent month-on-month, largely driven by a 4.8 percent jump in the price of food and non-alcoholic beverages from August to September.
“This increase (in inflation) is a little concerning because the rate is at the upper end of the Central bank’s targeted inflation,” said Allen Sandeep, head of research at Naeem Brokerage.
Radwa El-Swaify, head of research at Pharos, said: “(The rise) reflects the continuation of massive increases in the prices of fruits and vegetables on a monthly basis, and, to a lesser extent, the (effects) of back to school season.”
Millions of people in Egypt, the Arab world’s most populous country, live below the poverty line and struggle to meet basic needs after successive increases in the prices of vegetables, fruit, fuel, and medicine.
Sandeep said the rise could be mainly due to a combination of seasonal demand-pull factors and some minor remnants of the energy subsidy cuts.
Egypt’s latest round of austerity measures in June included deep fuel and electricity subsidy cuts as well as increases in transportation prices, which came as part of the terms of a $12 billion IMF loan programme the country signed in late 2016.
The headline inflation rate had eased slightly in July to 13.5 percent after it increased for the first time in 10 months this June.
“Depending on the data for October, if inflation continues to go up, we could start to wonder if we’re looking at a potential (interest) rate hike in November,” Sandeep said.
Source: Reuters