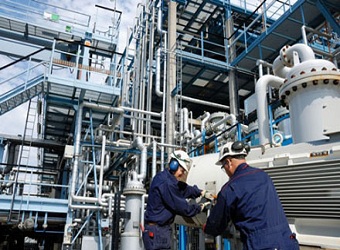 The volume of Egyptian industrial production rose by 11.7 percent during the first quarter of 2017, Egypt’s statistics body said Monday.

Industrial production in that quarter, excluding crude and refined petroleum, recorded 127.7 billion pounds, from 114.3 billion pounds in fourther quarter of 2016, according to the county’s state-run statics agency (CAPMAS).

The coke and petroleum products sector made the largest contribution to the industrial sector, representing 14.6 percent of the total industrial production volume.

The investment’s growth rate in the industrial sector hiked up by 30 percent in 2017, the Head of Investment Committee of the Federation of Egyptian Industries (FEI), Mahmoud Soliman, told Egypt Today Saturday.