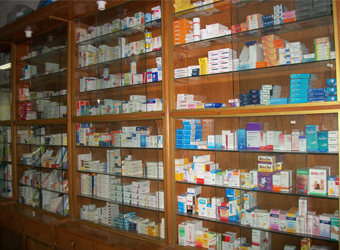 Egypt’s Pharmacists Syndicate reiterated on Tuesday that their partial strike scheduled for mid-January will still go ahead despite pressure on them to backtrack on their decision.

Since the flotation of the Egyptian pound in November last year, a crisis has erupted due to a shortage in essential drugs and the price increase of medications.

An urgent general assembly of the Pharmacists Syndicate voted on 23 December for a partial closure of pharmacies from 9am until 3pm for two weeks starting from 15 January against what they called “the random pricing policy.”

The syndicate said in its Tuesday statement that they are not calling for increasing their profit margin to 30%, they are only calling to implement the health ministry decree that was backed by a court verdict that put the profit margin for pharmacists at 25% for local medications and 18% for imported medications.

It added that price rises will not help provide the unavailable medicines, as they expect the manufacturing companies to “select certain types of medicines highly demanded to make more profits.”

The syndicate also claimed that pharmaceutical companies and medicine stores have abstained from distributing medications because they are waiting for the implementation of the price increase decision set for February. They threatened to report the case to the general prosecutor against the monopoly of medicine companies.

They also rejected any rise in prices without a guarantee that obligates companies to withdraw all expired medicines from the market that threatens the health of patients.

Finally, the statement also called on pharmacists to stick to the decisions made by the general assembly otherwise they would have to pay a fine and be subject to punishment by the syndicate.

The escalation comes as a protest against the health minister’s failure to implement pricing decree no 499 of the year 2012, and policies that the syndicate considers to be “against both pharmacists and patients.”

Decree no 499 of the year 2012 is a price-setting regulation by the health ministry that covers both foreign and domestic pharmaceutical companies, as well as defining the profit margin of pharmacies on every medicine.

In a reaction to the strike call, the general union of commerce chambers announced on Tuesday their rejection to the decision.

At The First Forum of Pharmacies Owners, Ahmed El-Wakil, the head of the union, said they “do not approve any deprivation to Egyptian citizens of basic commodities and services,” and that the problem could be solved by dialogue.

Osama Rostom, the deputy head of the medicine manufacturing chamber, told Ahram Online that their responsibility is to manufacture medications efficiently and in an affordable way. The Pharmacists Syndicate has to face how the public will react to their decision.

“What should be clear is that only 15% of registered medicines of every company are subject to price increases, while the other 85% will not be changed,” Rostom said.

“We had difficulty in finding dollars and the central bank refused to support the value of the local currency against the dollar to be able to face the flotation, so we agreed with the health ministry to increase the prices of only 15% of medicines and with certain percentages.

“Once this decision is implemented in February, we will be able to produce all medicines,” Rostom concluded.