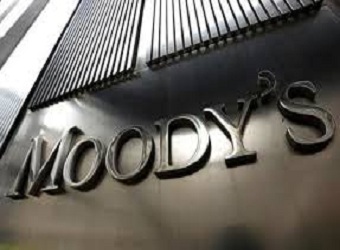 On 20 April, Egyptian Prime Minister Ibrahim Mehleb announced that the government of Egypt (Moody’s: Caa1 negative) will increase the price of natural gas for households and small corporate users starting in July. This is a credit-positive step, said Moody’s, because it underlines the government’s willingness to address the pressing issue of energy subsidies.

According to authorities, prices will increase fourfold for monthly usage of up to 25 cubic meters of natural gas, with smaller price increases for larger users. However, gas prices for electricity producers, the main consumers of natural gas, will remain unchanged, as will the prices of heavily subsidized butane cylinders, which are widely used by low-income households. Egypt has among the lowest fuel prices in the world and the average subsidization rate was 53.7 per cent in 2012, according to the International Energy Agency.

Subsidies, grants and social benefits expenditures have almost doubled in the past three years to EGP 197 billion in the fiscal year ended June 2013, from EGP 103 billion in fiscal 2010. Subsidies account for close to 90 per cent of these transfer payments, and their share in total budget sector spending rose to 29 per cent in fiscal 2013 from 25.6 per cent in fiscal 2010, making them the single-largest expenditure item. Non-financial public corporations are the main recipients of these subsidies, with General Authority for Supply Commodities (unrated) and Egyptian General Petroleum Corporation (unrated) accounting for about 90 per cent of total subsidies.

The government decree signals authorities’ willingness to tackle subsidies after the presidential elections, which are scheduled for 26 and 27 May, and comes after statements from other cabinet members that suggested more far-reaching energy subsidy reforms would begin soon. Talks about the necessity for subsidy reform have been a permanent feature of Egypt over the past years. In early 2013, the government increased the price of fuel for industrial users and the Ministry of Finance announced plans to replace the current fuel and bread subsidies with a smart-card system targeted at low-income households. The fiscal 2014 budget envisages the first reduction in the cost of subsidies since fiscal 2010. However, further reform measures have been repeatedly postponed as successive governments focused on restoring political order.

The announced price hike will not significantly improve Egypt’s fiscal outlook if it remains an isolated measure. The national MENA News Agency reports that the price hike will reduce the subsidies by EGP 1 billion per year, or 0.05 per cent of GDP. The residential sector accounts for only three per cent of natural gas consumption, mainly because only a small number of households is connected to the national gas grid. Moreover, according to the fiscal 2014 budget, natural gas subsidies make up only a relatively small five per cent of total subsidies, whereas subsidies on other petroleum products account for 32 per cent. But the government is working with the World Bank to extend the natural gas grid to another 2 million households, which should expand the usage of less-subsidized natural gas.

Subsidy reforms also seek to rein in energy consumption. Domestic gas consumption grew at an average annual rate of 7.4 per cent, while production fell one per cent per year between 2010-12, lifting the consumption-to-production ratio to 86 per cent from 74 per cent and triggering a drop in exports to neighbouring countries. In February, the Ministry of Petroleum announced that Egypt would have to import gas via a floating liquefied natural gas import terminal in the Red Sea ahead of peak summertime demand.