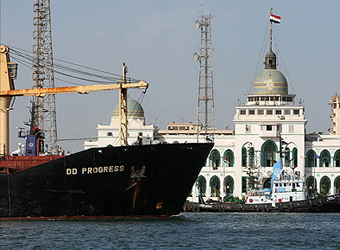 In a press release on Saturday, Mamish said that three of the world largest containers carrying 150,000-200,000 tonnes have crossed the Suez Canal today, which was impossible to happen in one day before the running of the new branch of the canal.

In August 2015, Egypt opened a new 35km waterway alongside the original 190km Suez Canal, plus a 37km expansion and deepening of some parts of the existing one.

The new artificial waterway, which is part of a larger project to expand Suez port and shipping facilities and build large industrial zones, was designed to raise Egypt’s international profile, and build the nation as a major trade hub.