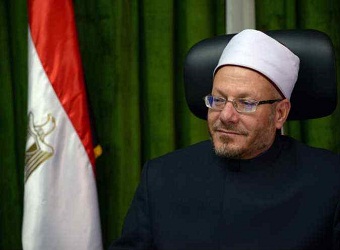 Egypt’s top religious authority condemned on Monday a siege at a cafe in Sydney, Australia which hostages were taken by a gunman and an Islamic flag was displayed.

“This terrorist act has nothing to do with Islam and all Muslims denounce such radical practices,” Grand Mufti Shawki Allam, Egypt’s top Muslim cleric, said in a statement, emphasising that Islamic law calls for “coexistence, peace and not terrorising others.”

The black flag shown during the attack in the Lindt chocolate cafe in the heart of Sydney bears the Shehada –  a testament to the Islamic faith, and has often been used by extremists, raising fears of a jihadist attack.

The Mufti warned that such criminal actions will be utilised  to establish hatred against Isalm and Muslims in Australia.

Mosques, synagogues and churches in Austrailia welcomed worshippers on Monday night, in what their leaders said was a show of community solidarity.