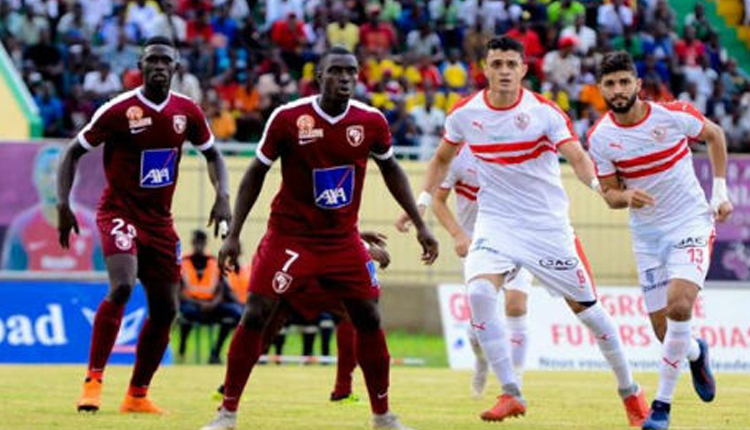 Egypt’s Zamalek has paid the price of resting several regulars as they slumped to a surprise 2-1 defeat by Senegal’s Generation Foot in the first leg of the African Champions League second round on Saturday.

Mame Gueye scored either side of the interval to stun the five-time African champions, who still scored what could be a decisive away goal in the 74th minute when substitute Mostafa Mohamed headed home a corner.

Despite the loss — the first since Serbian coach Milutin ‘Micho’ Sredojevic took over — Zamalek will be favourites to advance to the group stage when they host Generation Foot in a fortnight.

Micho, who led Zamalek to the Egypt Cup title with a 3-0 final win over Pyramids last week, opted to rest several key players, apparently with an eye on the anticipated Egyptian Super Cup clash against Ahly on Friday.

The absence of the likes of winger Mahmoud Shikabala and Moroccan playmaker Achraf Bencharki deprived Zamalek of their lethal weapons upfront, leaving their attack largely toothless.

Zamalek were taken by surprise after 11 minutes when Gueye sneaked between two defenders to neatly control a long pass and drill into the bottom corner past advancing keeper Mohamed Abou-Gabal.

Although the visitors had territorial dominance after falling behind, they resorted to innocuous long balls which barely troubled Generation Foot.

Zamalek looked increasingly dangerous through set-pieces after the break but were taken aback again in the 68th minute after a costly blunder from central defender Mohamed Abdel-Ghani, who had been otherwise impressive in recent matches.

Abdel-Ghani gave away possession in front of his own area and the hosts pounced on his mistake as the ball was slipped to Gueye to fire home, sparking wild celebrations in the stands.

However, Mostafa made an instant impact after replacing the ineffective Omar El-Said, rising high ahead of the keeper to head home an inswinging corner from Youssef Ibrahim.

He could have even snatched an equaliser in stoppage time but his curling shot struck the bar from the edge of the area.