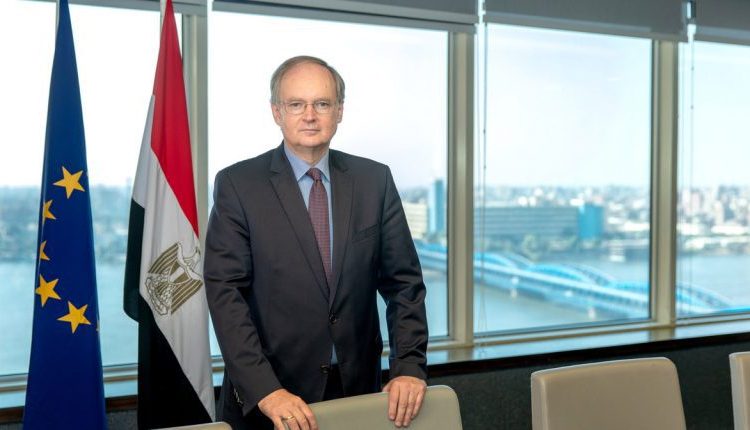 The EU has assigned a €225 million fund to help Egypt to meet Egypt’s wheat needs in light of the Russian war in Ukraine, said EU Ambassador to Cairo Christian Berger, announced on Saturday.

According to Burger, he will inform the EU of Egypt’s needs so that export quotas can be reviewed for some crops in order to improve the country’s access to the European markets, especially grape and strawberry.

The EU has demonstrated its desire for more partnerships with Egypt, which is the EU’s number one partner in Africa and number two in the Middle East region in general.

Speaking at at an event for the Horticultural Export Improvement Association (HEIA), Berger added that EU is also interested in developing nearly all economic sectors with Egypt.

As part of its fuel source diversification strategy along with the repercussions of the Russian war, the EU plans to reduce Russian gas imports by 70 percent by the end of December 2022.

There are €1.3 billion worth of EU projects being funded in Egypt across all fields, including agriculture, water resources management, and food security.

Egypt will receive EU support for a successful organisation of the climate summit COP27 in November, he concluded.