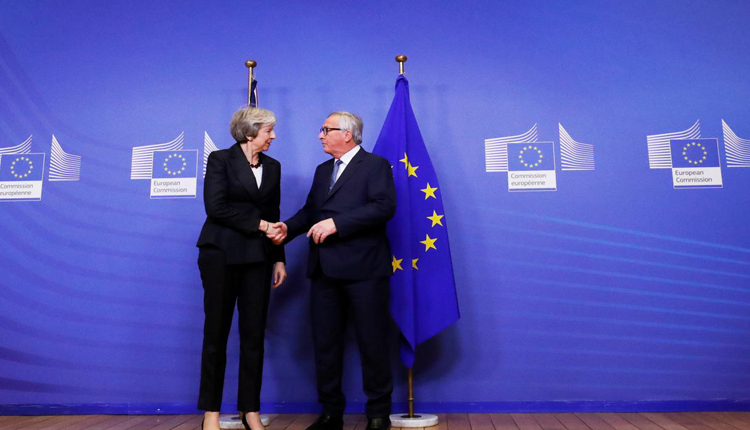 The European Union’s 27 national ambassadors will try on Thursday to finalize an outline declaration of future ties between the bloc and the United Kingdom ahead of a planned summit on Sunday.

Britain is due to leave the EU on March 29, 2019, but the sides must yet approve a divorce deal and the accompanying outline of their new ties in the future. EU leaders hope to rubber-stamp the accord at Sunday’s summit.

British Prime Minister Theresa May failed to close all the gaps with the EU side in talks in Brussels on Wednesday and said she would return on Saturday, hoping a last-minute intervention will be enough to push the accord over the line.

Britain’s disputed territory of Gibraltar is the biggest sticking point, with Spanish Prime Minister Pedro Sanchez digging his heels in before a local election in Andalusia.

Raising the stakes, German diplomats told their EU colleagues in Brussels that Chancellor Angela Merkel would not come to Brussels on Sunday for any further negotiations, meaning a text must be ready beforehand.

One diplomat said that was a message aimed as much at Britain – where May’s plans have come under heavy fire from within her ruling Conservative Party – as at the bloc’s own “nitpickers” such as Spain or France, which has sought more assurances of future access to Britain’s rich fishing waters.

France and other countries have also asked for better guarantees that Britain would not be able to place products on the EU’s single market after Brexit at lower prices due to undercutting labor, competition or labor standards.

From her side, May must also decide on a potential extension of a transition period after Brexit, which the bloc said could last until the end of 2022 at the latest.

Britain was also seeking frictionless trade in goods after Brexit, which the EU does not allow without also following its rules on the free movement of people and services.

The ambassadors of the other 27 EU member states were due to meet at 1000 GMT in Brussels to work on the outline declaration.

This declaration, running above 20 pages, has yet to be agreed and published. It is due to form a package with Britain’s withdrawal agreement, nearly 600 pages of a legal treaty, that was published last week and prompted several of May’s ministers to quit.

Pressure often builds up ahead of sensitive EU summits and the bloc is also known for sometimes missing its self-imposed deadlines. Diplomats warned, however, that the longer the Brexit deal remained unfinished, the bigger the risk it could unravel.

“It may just be posturing on both sides, everyone wants to look like a real fighter,” one diplomat said on Thursday. “But they should keep in mind not to rock the boat too much.”