EU is not ‘the enemy’ and Brexit talks are ‘constructive,’: UK FinMin 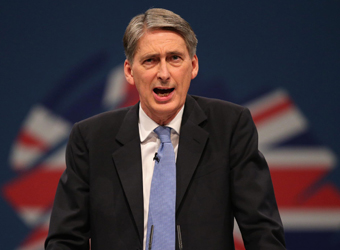 Britain’s finance minister denied that negotiations between the U.K. and the European Union were deadlocked and said it was clumsy to call EU negotiators “the enemy.”

Philip Hammond told CNBC on Monday that he didn’t think the talks had stalled between the two sides, raising the prospect of “no deal” scenario at the end of the U.K.’s two-year Brexit negotiating period, in March 2018.

“The real interests of the parties are so blindingly obviously in the best interest of both the U.K. and the European Union 27 (the other countries in the EU) that we do reach a deal so that we can carry on trading together,” he said, adding, “but I’m confident we will get to a deal.”

Despite Hammond’s confidence, the two sides appeared to reach an impasse recently over unresolved issues, particularly over the so-called “divorce bill” with uncertainty around the extent of the U.K.’s outstanding financial obligations to the EU.

The EU’s chief negotiator Michel Barnier said last week that other issues including the Northern Irish/Irish border and EU citizens’ rights have yet to be spelled out in detail by the U.K. either. As such, there had not been enough progress to move onto the next stage of talks — specifically, a trade deal between the U.K. and EU which is what Britain wants to focus on.

Hammond caused controversy last Friday after he branded Brussels “the enemy” during an interview in Washington, a comment he later apologized for. Speaking to CNBC in the U.S., where he was attending meetings at the International Monetary Fund, Hammond said that it was a clumsy comment and insisted there was a “constructive” relationship with negotiators in the EU.

“Actually the relationship is very constructive (and) I talk to my European counterparts all the time. What I was doing rather clumsily in Washington was trying to make a reference to the infighting on our own side and that we need to leave that behind … But the relationship is good, it’s a positive relationship.”

Hammond said that the negotiation process, rather than its substance, was the problem.

“So the biggest sticking point of the moment is process. The European Union have decided on a process to follow. And it’s become apparent that that process isn’t going to facilitate the most effective negotiation,” he said.

“I think there are people on both sides that say ‘let’s break out of this, let’s just get round the table and start looking at what the options are to move forward about a transition period about a long term trade deal’ rather than being locked in this rigid sequence that we have to settle one thing before we start talking about the next,” he said.

Ahead of the U.K.’s referendum on EU membership in June 2016, Hammond campaigned to remain in the political and economic bloc leading many ardent “Brexiteers” in the U.K. to accuse him of trying to sabotage the talks now.

Talks have further to go but look likely to be a hard-fought slog for U.K. negotiators, with many believing that they’re dealing with an EU team that do not want to make exiting the Union an attractive prospect for other members. Hammond said that the U.K. was preparing for the eventuality of not reaching a deal, including the possibility of a customs border and trade tariffs.

“We don’t think it’s going to happen but we will be ready by March 2019. Just in case that’s the outcome,” he said.

EU is not ‘the enemy’ and Brexit talks are ‘constructive,’: UK FinMin

Snap, NBCUniversal team up in drive for TV shows on Snapchat