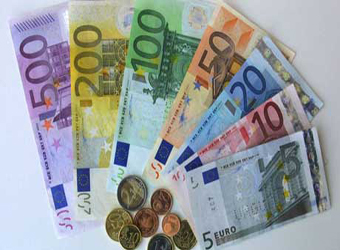 The euro jumped on Thursday after the European Central Bank left interest rates unchanged on Thursday, holding its nerve in the face of uncomfortably low inflation though it could still unleash other measures to pep up a fragile euro zone recovery.

Although inflation remains under 1 percent, the central bank said it expects a “gradual upward movement” in inflation in the medium-term, though expectations “continue to be firmly anchored.”

Ahead of the decision, the market was split 50-50 on the chances of that happening, a decision to do nothing can also be expected to send the currency the other way.

The Australian dollar spiked to a nine-day high after upbeat retail sales and trade data. It has gained 3.5 percent since bottoming out in January after a sustained campaign by the Reserve Bank to weaken the currency.

Major currency markets have been pretty resistant to the geopolitical tensions stemming from a standoff between Russia and Ukraine but another day of relative quiet in the Crimea helped both the euro and dollar gain against the yen. The dollar rose to 102.74 yen in early European trade and the euro to 141.04, both up almost half a percent.

The dollar rose to above 103 yen in early European trade and the euro traded under 142, both up about half a percent.

The U.S. dollar index climbed to its highest for the week at 81.00.