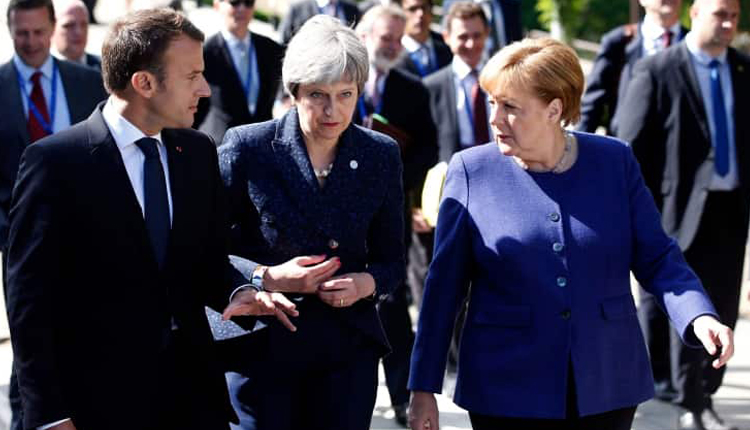 European powers say they are willing to work with the Trump administration to tackle Iran’s “destabilising actions.” However, they first want Washington to agree not to punish the Continent’s industries over their business dealings with the Middle Eastern country.

They are seeking broad carve-outs for sectors from health care to energy, as well as assurances that financial institutions can facilitate transactions with Iran’s central bank without fear of reprisal. Firms including French oil giant Total and aircraft maker Airbus have announced billions of dollars in deals with Iran since sanctions were lifted in 2016.

Ministers from Britain, France, Germany and the European Union laid out their reqeusts in a letter to top Trump officials obtained by The New York Times and posted online on Wednesday. The Wall Street Journal first reported on the letter.

The letter is the latest move in a standoff between the transatlantic partners after President Donald Trump withdrew the United States from the 2015 Iran nuclear deal and restored wide-ranging sanctions on the country. The Trump administration also plans to enforce so-called secondary sanctions, which threaten to lock firms that do business with Iran out of the much larger U.S. market.

The EU opposes that decision and is taking steps to protect their firms. However, the large corporations and banks that Iran is depending on to bolster its economy say they cannot stomach the threat of U.S. sanctions and will drop business ties with Tehran unless Washington grants them waivers.

The finance, economy and foreign ministers acknowledged their limited ability to counter U.S. influence over global markets in the letter.

“In their current state, U.S. secondary sanctions could prevent the EU from continuing meaningful sanctions relief to Iran,” the ministers said.

Iran says it will leave the deal if it no longer accrues enough economic benefits to continue accepting limits on its nuclear program and opening its facilities to inspections. Tehran agreed to those terms in 2015 after enduring years of international sanctions spurred by evidence that it conducted secret research into developing nuclear weapons.

They requested exemptions for transactions with the Iranian central bank and banks not subject to EU sanctions. They also asked Washington to preserve Iran’s access to the SWIFT financial messaging service, give European companies more time to wind down business in the country and allow foreign subsidiaries of U.S. companies to continue transacting with Iran.

According to the Europeans, the U.S. sanctions put the Continent at risk by threatening their ability to preserve the nuclear deal, which they say would make it easier for Iran to develop a nuclear weapon and inflame wars and rivalries in the Middle East.

Iran’s exit from the deal would “unsettle a region where additional conflicts would be disastrous,” the European ministers warn. They say the 2015 accord gives them a foundation to address concerns they share with the United States over Iran’s ballistic missile program, its involvement in Middle East conflicts and the scope of its nuclear program after parts of the 2015 deal expire in 2025.

“As allies, we expect that the United States will refrain from taking action to harm Europe’s security interests,” the ministers said.

“We therefore ask for your assurances that the US will not take actions that might undermine the ability to,” preserve the nuclear deal, they say.

The letter was sent to U.S. Treasury Secretary Steve Mnuchin and Secretary of State Mike Pompeo.