Europe Unable to Break Impasse on Who Pays When Banks Fail 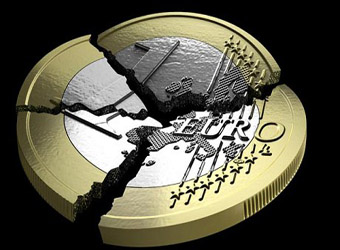 Europe failed to agree on how to share the cost of bank collapses on Saturday, as Germany resisted attempts by France to water down rules designed to spare taxpayers in future crises.

Almost 20 hours of talks late into the night could not forge a way for countries to set up an EU-wide regime that would first impose losses on shareholders and bondholders when a bank fails, followed by depositors with more than 100,000 Euros ($132,000).

Ministers will make a fresh attempt to break the impasse at a meeting on Wednesday, on the eve of an EU leaders summit, and resolve one of the most difficult questions posed by Europe’s banking crisis – how to shut failed banks without sowing panic or burdening taxpayers. ‘I think we can reach a deal if we take a few more days,’ said Michel Barnier, the European commissioner in charge of regulation. ‘We are not far off now from a political agreement.’

The European Union spent the equivalent of a third of its economic output on saving its banks between 2008 and 2011, using taxpayer cash but struggling to contain the crisis and – in the case of Ireland – almost bankrupting the country.

German Finance Minister Wolfgang Schaeuble blamed the complexity of the issue and conflicting interests for not being able to reach a final result on Saturday. One EU official, who asked not to be named, described the meeting as chaotic.

At the heart of the disagreement, chiefly between Germany and France, was how much leeway countries should have when imposing losses on bondholders or large savers, a procedure known as ‘bail-in.’ Such an approach was first tested out in Cyprus’ bailout in March, but making it the EU norm would mark a radical departure from the bloc’s crisis management in which taxpayers have footed the bill for a string of rescue programmes.

Britain, Sweden and France worry that forcing losses on depositors could cause a bank run or rattle confidence, and want countries to have wide-ranging freedom in deciding whether to take such bold steps.

Spain’s Economy Minister Luis de Guindos underscored the sensitivity of the issue. ‘What’s fundamental is there is agreement over the bail-in hierarchy and the protection of small depositors,’ he said.

Germany, however, wants strict norms. Schaeuble said the new rules should not vary across the 27-nation European Union because that could put some banks at a competitive disadvantage. ‘There’s clear disagreement between France and Germany. That’s why the meeting broke up,’ said one EU diplomat.

France’s Finance Minister Pierre Moscovici tried to play down any divisions and said a deal was possible next week.

Clashes Break Out Between Pro, Anti-Morsi Groups In Alexandria