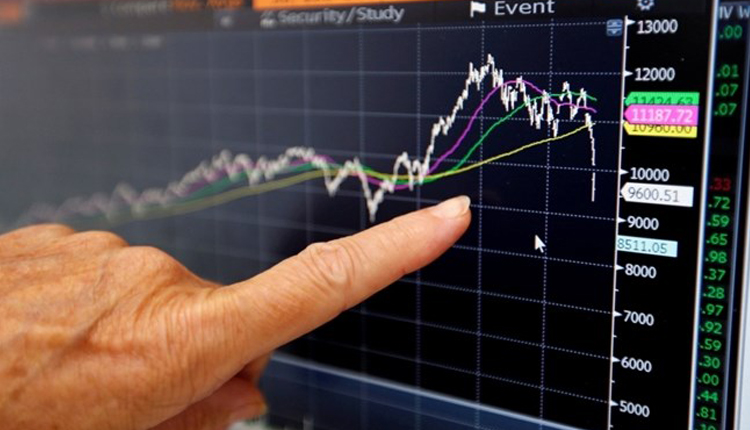 The pan-European Stoxx 600 dropped provisionally  1.29 percent, with all sectors and bourses turning negative. Equities were initially positive earlier in the session.

A slew of negative economic data weighed on investor sentiment on the final trading day of the week. IHS Markit’s flash euro zone composite Purchasing Managers’ Index (PMI) fell to 51.3 in March from 51.9 the previous month — analysts were expecting a reading of 52.

French and German numbers also disappointed, with IHS’ PMI figures for both economies coming in below expectations. Germany’s manufacturing sector contracted for the third month in a row, data showed. The yield on the country’s 10-year government bond turned negative for the first time since October 2016 as a result.

The bad manufacturing data out of Europe and the Federal Reserve’s cautious outlook on the U.S. economy also took its toll stateside.

Midway through U.S. trade the Dow Jones Industrial Average traded 410 points lower as Nike and Boeing shares underperformed. The S&P 500 fell 1.5 percent, led by declines in the energy and financials sectors, as the broad index headed for its worst day since Jan. 3. The Nasdaq Composite declined 1.8 percent.

Back in Europe, Nokia tumbled to the bottom of the Stoxx 600 after the Finnish telecommunications firm published its annual report. The firm said in the report Thursday that it did not plan to take on any new business in Iran this year, citing conflicting U.S. and European trade policies. Shares fell over 5 percent.

On the other end, Tenaris climbed to the top of the European benchmark after Russian steel pipemaker TMK announced it was selling its U.S. subsidiary IPSCO Tubulars to the firm for $1.2 billion. Shares of the Luxembourg-based manufacturer rose more than2.7 percent on the back of the news.

In corporate news, Deutsche Bank published its annual report Friday. Deutsche said in the report that management board members got their first bonuses in four years in 2018.

The German lender has hit headlines recently amid merger talks with domestic rival Commerzbank. Shares in Deutsche initially rose, but fell more than 2 percent by the close.

Elsewhere in the sector, Forensic Risk Alliance published a heavily redacted report into money laundering allegations at Swedbank, prompting questions from investors who told Reuters they had expected more clarity on the bank’s processes to prevent corruption. Swedbank shares dropped more than 1 percent on Friday afternoon.

The disappointing economic data added to market jitters over the Federal Reserve’s subdued outlook. The U.S. central bank on Wednesday abandoned all plans to raise interest rates this year, citing slowing economic activity, and said it would halt the decline of its balance sheet in September.

Brexit was another area of focus for traders. The European Union agreed to an extension to the date of the U.K.’s withdrawal from the bloc, but said the length of the delay would depend on whether Parliament approves Prime Minister Theresa May’s Brexit deal next week.

Elsewhere, the Bank of England kept rates unchanged on Thursday, and said its economic outlook would “continue to depend significantly” on the “nature and timing” of Brexit.

In other political news, Chinese President Xi Jinping arrived in Rome Thursday, where he is to sign a deal with the government that sees Italy join Beijing’s “Belt and Road” infrastructure plan. The move would make Italy the first G7 country to back the initiative, much to the dismay of the U.S. and EU.