Equities in Europe are set to open lower Wednesday as investors begin to focus on earnings at the start of a new reporting season.

In Asia, markets traded mixed overnight after an initial rally led by Wall Street on Tuesday. Investors became less concerned over a potential trade war after Chinese President XI Jinping said he would open up the economy, causing markets to rally on Tuesday.

Meanwhile, in Europe, the European Commission raided the offices of Twenty-First Century Fox in London. According to the Daily Telegraph, investigators will remain in the premises possible until Thursday, but they have not disclosed any information about the reasons behind their presence. Fox shares dropped more than 1 percent in extended trading.

In other corporate affairs, Volkswagen is set to replace its Chief Executive Officer Matthias Mueller with the Herbert Diess, Reuters reported.

In terms of earnings, Carrefour will publish its first-quarter sales figures. In the U.K., Tesco will also announce preliminary results.

In terms of data, the calendar is thin with balance of trade figures due in the U.K. at 9.30 a.m. London time. 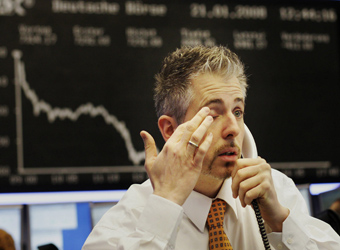