Eurozone economy grew less than expected in the second quarter 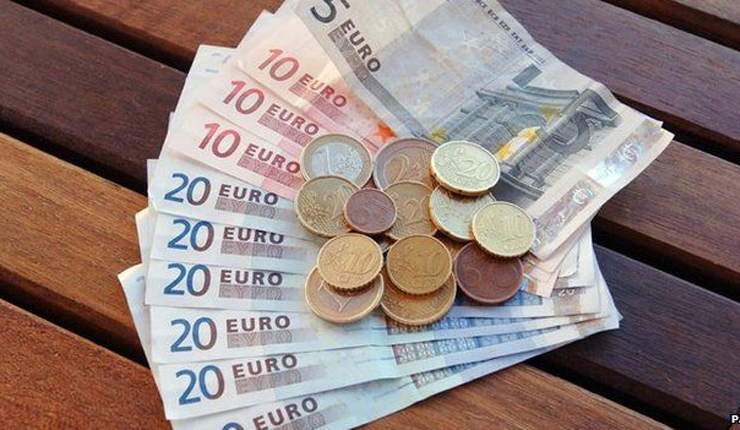 The euro area economy grew slightly less than initially estimated in the second quarter as signs continue to emerge that momentum is unravelling.
Output rose 0.6pc from the previous three months between April and June, compared with a preliminary reading of 0.7pc, Eurostat said Wednesday.
Employment, meanwhile, climbed 0.3pc during that period.
While the data still suggest Europe’s economy was on a relatively firm footing coming into the summer, analysts worry that energy shortages will drive record inflation higher still, tipping the continent into a recession.
A downturn lasting two quarters is now more likely than not, according to a Bloomberg survey, which puts the probability at 60pc.
Inflation is expected to average almost 8pc in 2022 — about four times the European Central Bank’s goal.
Officials have stressed the importance of reacting forcefully to prevent expectations of higher inflation from becoming entrenched, though some economists question how far interest rates can be lifted if there’s a recession.
Economists believe the second quarter growth might be the economy’s last hurrah before ever-higher inflation and supply chain problems cause a mild recession in the course of the next 12 months.

Looming over all of Europe’s economies is the war in Ukraine. Uncertainty over the course of the conflict has knocked consumer and business confidence while fears remain that a full cut-off of Russian gas supplies would plunge the bloc into a much deeper downturn.

Hassan Abdalla might be Egypt’s next central bank governor