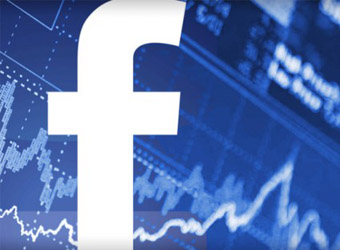 Facebook Inc faced harsh criticism in Washington on Wednesday over its failure to prevent Russian operatives from using its platform for election meddling, but the earnings report it issued hours later showed just how insulated its business remains from political risk.

The social network said its quarterly profit soared 79 percent and revenues were up nearly 50 percent in the third quarter as marketers poured money into Facebook’s advertising offerings, whose power to target and influence users has actually been showcased by the election scandal.

Chief Executive Mark Zuckerberg condemned Russia’s attempts to influence last year’s election through Facebook posts and advertisements designed to sow division, and repeated his pledge to ramp up spending to confront the problem.

Zuckerberg said that spending would include 10,000 additional people to review content on the network, though based on past practice many of those people will be contractors. The spending would hit profits, Facebook said, with expenses expected to grow by 45 percent to 60 percent next year.

“What they did is wrong, and we are not going to stand for it,” Zuckerberg said of the Russians, on a conference call with analysts.

The company’s share price, which hit a record $182.90 earlier on Wednesday, initially rose in after-hours trading, but later fell into negative territory on discussion of the higher spending. Shares have gained almost 60 percent this year.

“While the investigations into Russian activity on the platform have been getting a lot of attention, they’re not detracting from Facebook’s power as an ad platform,” analyst Debra Aho Williamson of research firm eMarketer said in an interview.

Zuckerberg did not appear at the hearings. But lawmakers threatened tougher regulation and fired questions at Facebook General Counsel Colin Stretch, excoriating the company for being slow to act and slow to share what it knew with Congress.

The chief executive told analysts that legislation to force disclosure of election ads “would be very good if done well.”

In a series of disclosures over two months, Facebook has said that people in Russia bought at least 3,000 U.S. political ads and published another 80,000 Facebook posts that were seen by as many as 126 million Americans over two years. Russia denies any meddling.

Facebook’s total advertising revenue rose 49 percent in the third quarter to $10.14 billion, about 88 percent of which came from mobile ads.

Analysts on average had expected total ad revenue of $9.71 billion, according to data and analytics firm FactSet.

Facebook in the third quarter gave advertisers for the first time the ability to run ads in standalone videos, outside the Facebook News Feed, and the company is seeing good early results, Chief Operating Officer Sheryl Sandberg told analysts.

“Video is exploding, and mobile video advertising is a big opportunity,” Sandberg said.

More than 70 percent of ad breaks up to 15 seconds long were viewed to completion, most with the sound on, she said.

Facebook executives, though, declined to give details on the performance so far of Watch, a video tab the company rolled out two months ago. “It’s too early to be talking about any stats there,” Chief Financial Officer Dave Wehner said in response to an analyst question.

Zuckerberg said Facebook would be spending heavily in making the Watch tab a place where “people want to talk and connect around,” rather than a spot to passively consume programs.

The 49 percent increase in total ad sales in the latest quarter compares with a 47 percent rise in the prior quarter and a 51 percent jump in the first quarter.

Facebook has been warning for more than a year about reaching a limit in “ad load”, or the number of ads the company can feature in users’ pages before crowding their News Feed.

The nearly 50 percent jump in ad revenue “is phenomenal, especially when for the past few quarters they’ve been trying to bring that expectation way, way down. Yet it keeps going up,” Tigress Financial Partners analyst Ivan Feinseth said.

“Facebook grew revenues by $3.3 billion year-over-year for the quarter. This is more than Twitter and Snapchat generate combined for the full year,” he said.

Facebook said about 2.07 billion people were using its service monthly, up 16 percent from a year earlier.

Analysts on an average were expecting the company to earn $1.28, according to Thomson Reuters I/B/E/S.

Apple market value: We may need a bigger chart